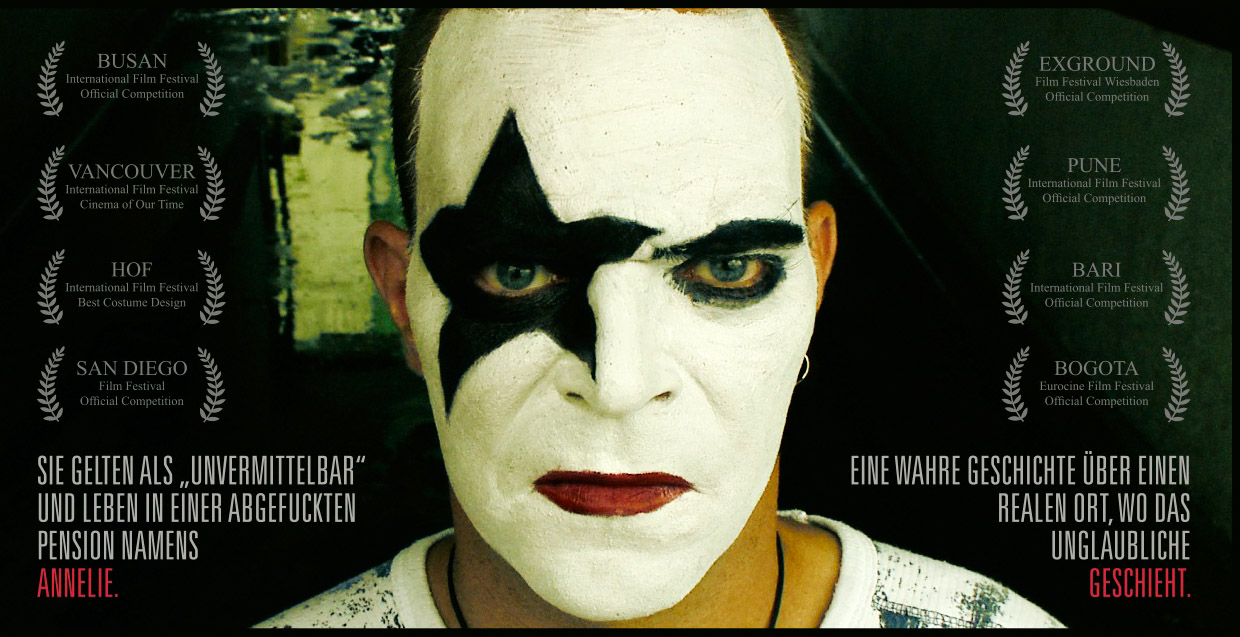 The feature film ANNELIE is an essential part of the transmedial exhibition HOTEL ANNELIE. After its release the movie was received by an enthusiastic audience across the globe. ANNELIE premiered, as first Swiss film ever, at the Busan International Film Festival, the most significant film event in Asia. Subsequent screenings and awards on renowned Festivals like in Locarno, Hof and Vancouver were followed by overwhelmed critics from experts. ANNELIE was highlighted as a "radical, hart-hitting film", as "unpredictable bulldozer" and as an "outstanding experience". With its "radical impertinence and with rock n'roll energy" the movie gained a high international recognition and reached, according to outstanding critics, cult status in independent filmmaking. 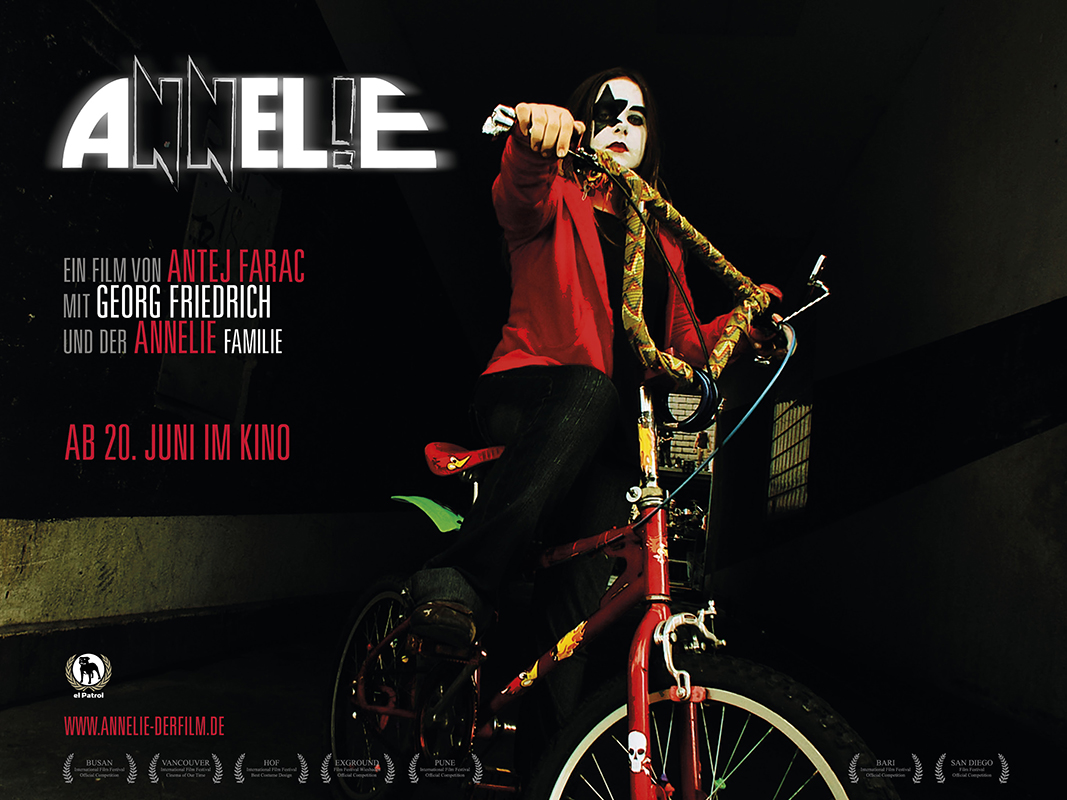 ANNELIE is an old boarding house in Munich that has long since fallen into disrepair. When paying customers stopped coming, it was leased by the City as temporary accommodation for homeless people and welfare cases. But “temporary” has turned into more than a decade for some residents, and the long wait has inevitably brought some strange characters together. All seen as beyond hope, jobless for years, “Annelie” is their home.

Max is one of them. He used to be an actor, a child star in fact, but now he’s a junky and applies his talent solely to professional sponging. Another resident runs a struggling kiosk, and his other half keeps them both in the black by selling her body. Max finds hope for a new beginning when he starts up an affair with the beautiful owner of a swingers’ club, but an incident with a dead body turns everything upside down. In 2012, the City decides to close “Annelie” down and demolish the whole building, swingers’ club and all. The news sends the residents into a panic.

While Max’s drug addiction drags him ever lower, the other members of the unlikely Annelie family – drunks, junkies, small-time crooks, poachers – must pull together one last time. With the determination of people who have nothing left to lose, they kidnap a famous rock band. The story builds to a bizarre climax in which bitter reality reveals itself to be a fleeting dream. 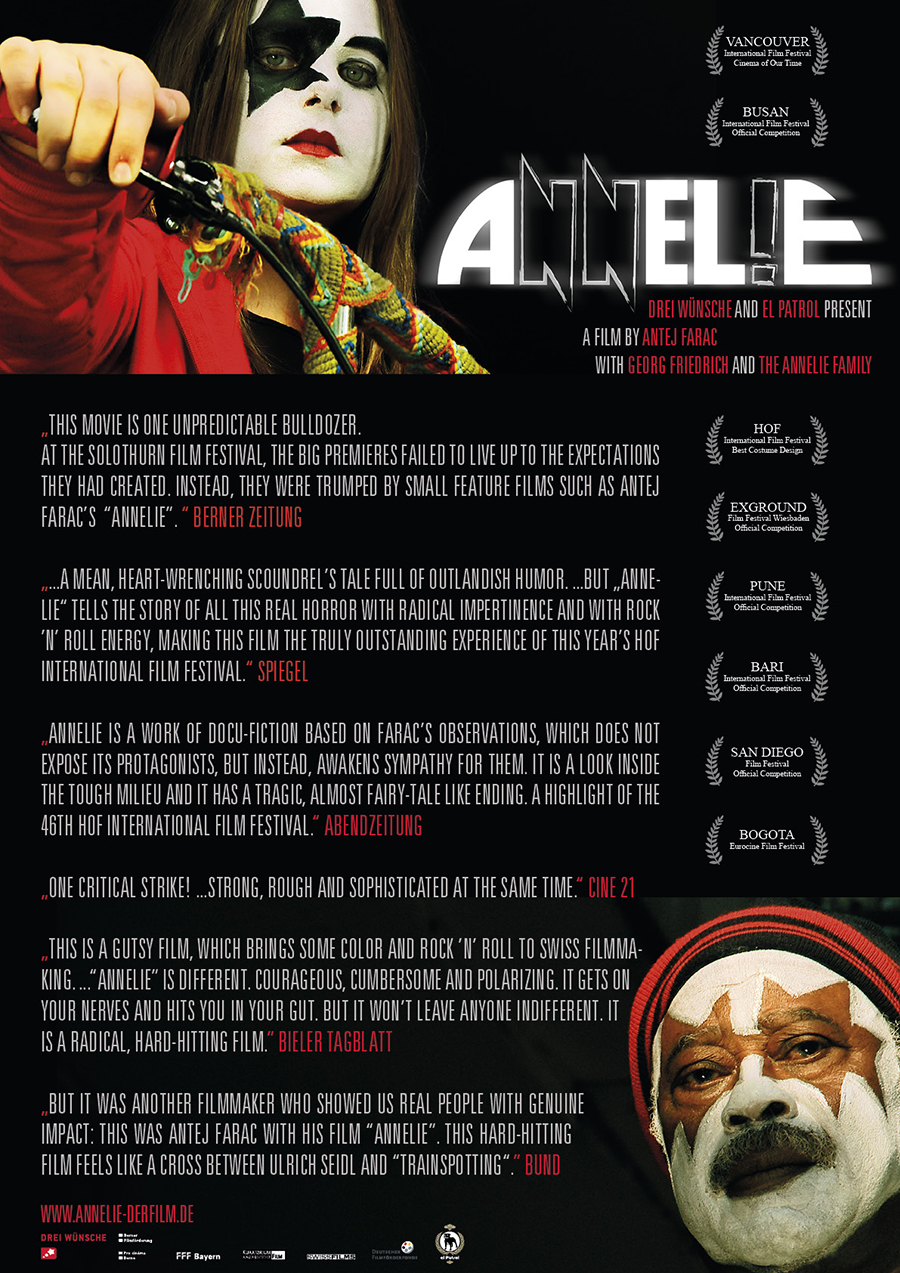