A room, resembling the interior of a spaceship: white, sterile, plain. Various-size glass spheres contain a vibrating green liquid: Algae, that are caused to move by sound waves. In el Patrol's new project “Planet A” the worlds of art and science are combined by experimenting with the most promising nutrition of the future. In reflection of the micro and macro cosmos, green globes are bound together in systems, arranged in alignment to the sun. Standing for planets, the orbs are collecting the sunlight during daytime, enabling photosynthesis and the earliest form of life. During the night the spheres glow from inside, transforming into beautiful radiant stars.

The hybrid arts installation “Planet A” is an artistic research on microalgae. It aims to develop an experimental setting, in which algaes are exposed to specific frequencies, revealing nature’s ubiquitous patterns and stimulating anticipations for space travel. The operating process bases on the studies of cymatics. The science of wave phenomena allows to see the hidden geometry in sound and frequencies. Usually applied on sand or water, in Planet A sound waves and their specific vibration patterns are rendered visible on algae sculptures. A refined system of glass spheres allows to release different frequencies on algae, bringing them to move in the geometry of the definite sound wave. Each sphere manifests its own particular pattern as a result of the applied frequency.

Arranged in a spaceship-like room and sustained by sound and video installations the visitor experiences an atmosphere of a sophisticated and highly developed future environment. 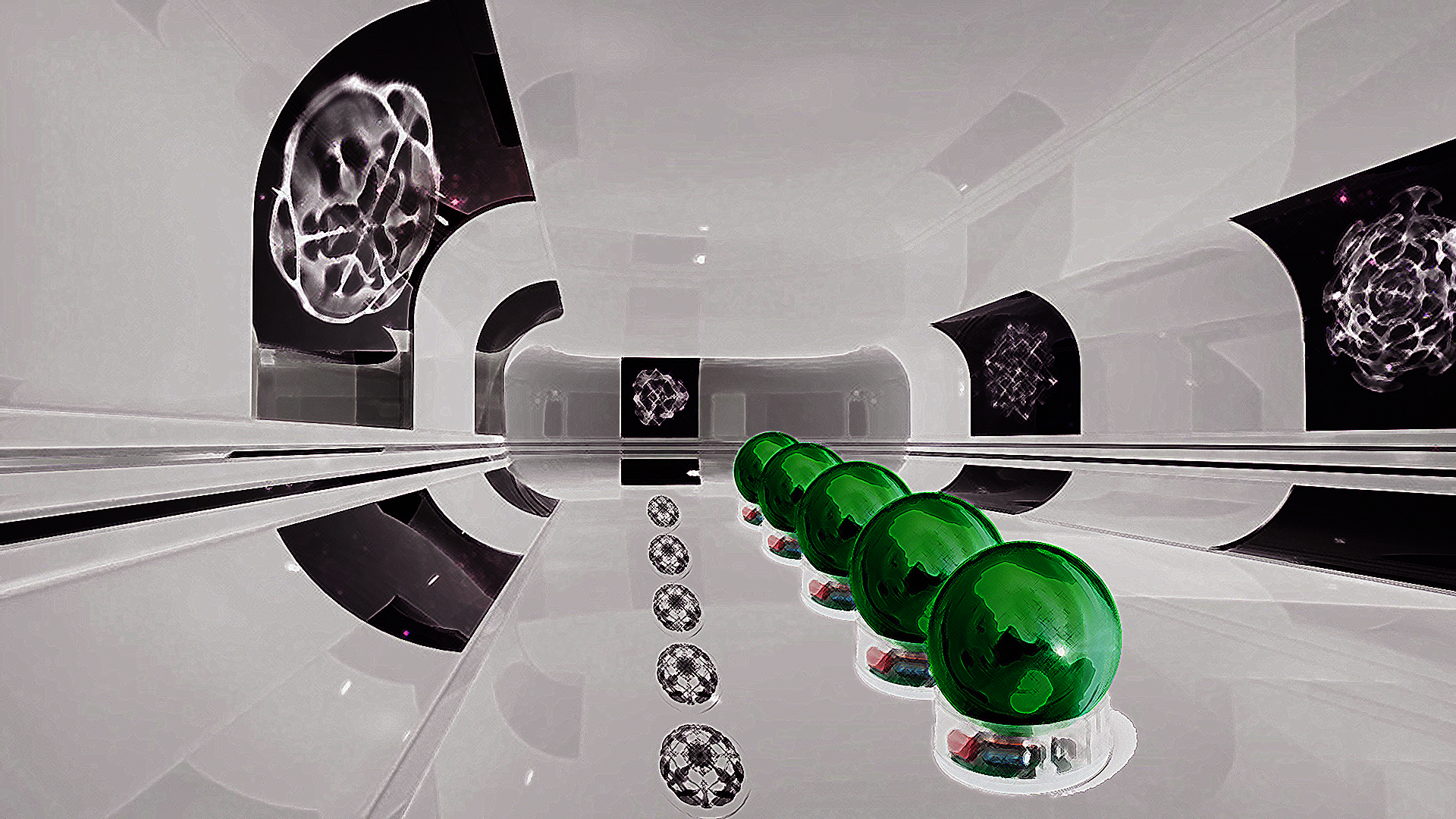 In reference to various fields of research, ranging from medicine to agriculture, “Planet A” explores the role frequencies and resonance play in creating and sustaining cells.

The clean environment of the spacecraft's interior meets the requirements of an experimental laboratory. The algaes are cultivated free from natural influences and contaminations with the only changing parameter being the sound applied to them. Observations will reveal how the organisms are responding to different frequencies and harmonies. What are the effects, when receiving the resonance of the planet earth, known as schumann's frequency compared to other planet’s vibrations? More subtle results will be surveyed by a team of specialized biologists, but consequences are shown aesthetically by the fact, that algae are changing color according to their health or decay.

The exhibition allows visitors access to the insights of a long-term experiment in a field, where no comparable scientific study has been conducted. The conjunction between sound and life is rendered visible by the means of art and promotes future investigations.

By projecting a futuristic vision, today’s feasible solutions are brought to light. With no need for fertile soil - algaes are not only a strong ally in defeating world hunger, but are an excellent choice for urban farming projects. 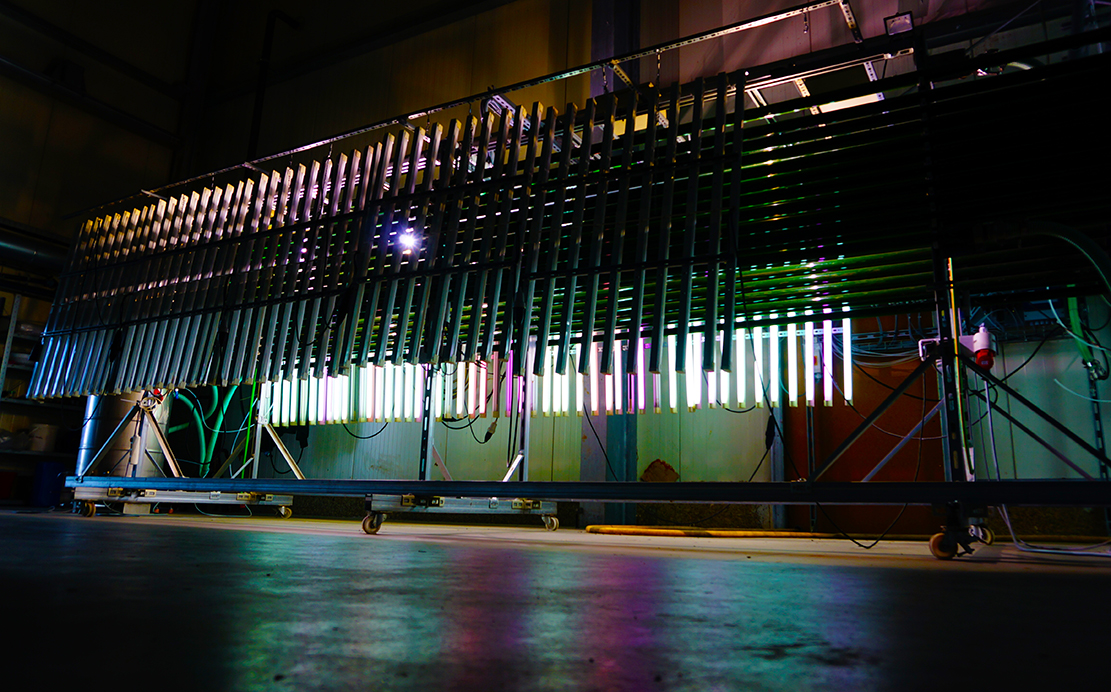 The transdisciplinary exhibition Planet A invites the audience to experience the substantial human condition that unites artists and scientists: the drive of curiosity, play and discovery.

Noted for being excellent sources of carbohydrates, protein, amino acids, minerals and vitamins algae are one of the most concentrated and ancient foods on earth. Since many years they are studied by space agencies like NASA in their research for sustainable life support systems. With minimal space, energy, and maintenance requirements the small organisms take a plethora of tasks in food supply and could be used as an oxygen source on long duration interplanetary missions.

In the exhibition, this setting is created by interplaying art practices. The visitors are placed in the environment of a spacecraft on its journey to a distant planet. Pieces of video art reveal the mission: in an attempt to create life in space, the crew is sent to bring algae to Planet A. Separate access to the installation, the unusual layers of sound together with projections of animated space images and the clear cut atmosphere of the metallic room, evoke the feeling of a lonesome travel in the endless space of the universe. The only connection to nature and the mother planet are the quietly bubbling microorganisms who once started life on earth. 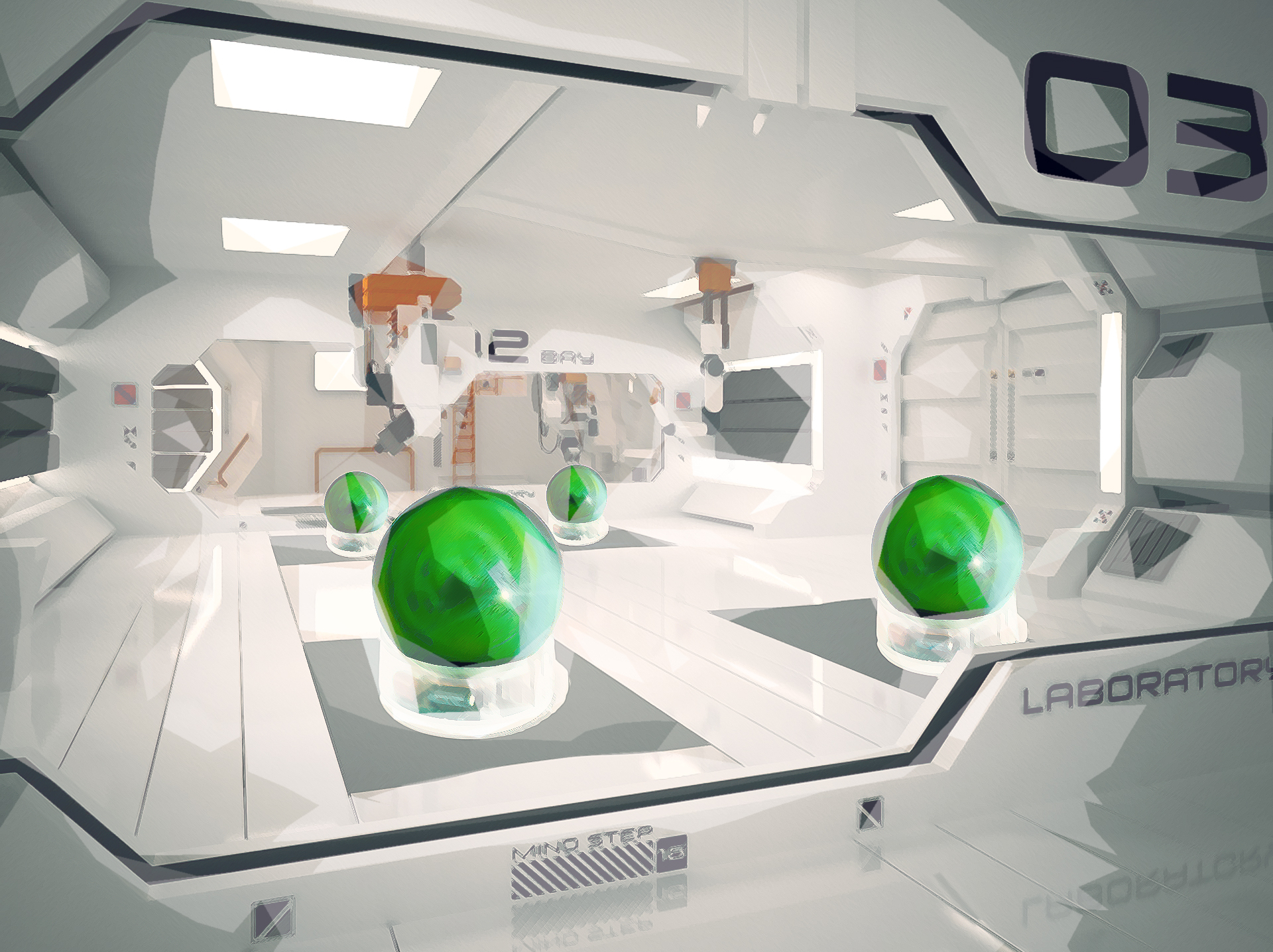 For his artistic-scientific experiment, creative director and author of the project, Tito Lee is teaming up with dipl. biologist Jörg Ullmann and his crew of long-term experienced algae-specialists. To ensure an optimal development process and high quality evaluation “head of the laboratory” dipl. biologist Tilo Mottschall and dipl. engineer Jan-Christoph Bogner - production manager and expert in algae reactors - are part of the team.

Jörg Ullmann is member of the German Botanical Society, in the phycology (study of algaes) section and is specialised in the field of micro and macro algae nutrition. He is managing director of one of the world's largest indoor microalgae production plant and research facility. Algae are cultivated with a unique and patented photobioreactor technology developed by Prof. Steinberg, former federal minister for the Environment, Nature Conservation and Nuclear Safety in the GDR.

The cultivation technique was developed 1995 in Germany and is centered upon a closed system of glass tubes, exposing the algae to maximum light. The 1.2 ha facility was built in Klötze, Germany in 1999, containing a system of 20 separated units and 500 km long tubes. The construction of this world-wide unique production plant represented a quantum leap in microalgal cultivation methods and still represents the state of the art cultivation technique when it comes to quality and monitoring.

In 2004 Prof. Steinberg called for Jörg Ullmann, who was from now on in charge of the production plant and supervising the study of the microalgaes biodiversity as well as the extraction and purification of nutritional compounds. Since the beginning Jörg Ullmann and his team regularly supervise project work in collaboration with different universities and space agencies around the world. The vast knowledge about the microorganisms and the profound experience in creation and maintenance of closed algae cultivation systems are brought into the scientific partnership of Planet A. 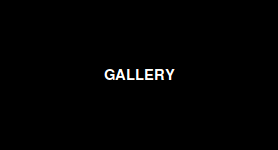