Death of techno by Tito Lee is a transmedial exhibition produced by el Patrol Art. The artist explores the spirit of the german subculture created by the musical genre “techno”, by resurrecting the formative era of the 90s in a multimedia art practice. In an elaborate sculptural installation a feature-length film, video loops, sound bites, sculptures and photography are presented. Each element playing its role in transcending the depicted reality into the spectator's actual experience, leading in a party as a participative performance fulfilling the transformation.

Omnipresent fluorescent green fur and scattered bags laying around like bodies are the replica of the cradle of technoculture: the German club scene. The green room is a tribute to Munichs’ cult club “Ultraschall” where several films scenes where registered. Due to the innovative music with its rhythmic-monotonous structure and the use of drugs the location exhibited similarities with ethnic temples where dance and trance rituals were held. The green room as scenery for Technoshamanism. Watching the film in this setting, frees the audience of space and time, becoming statist of the protagonists lives, in which they take part voyeuristically. On the End, the audience is taking part in one techno- shamanic ritual. 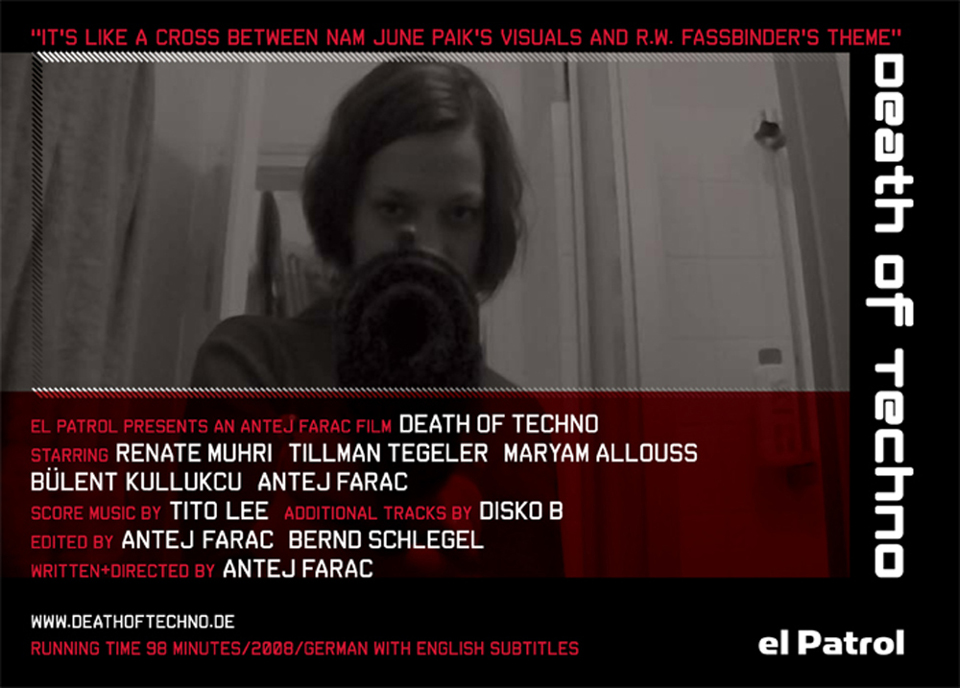 The film is structured around three interrelated themes also reflected in the exhibition: Alchemy, a beginning era of transhumanism and the concept of the techno movement as ideology. The film narrates about four over-grown youngsters at crucial turning points in their carefree lives consisting of drugs, sex and electronic music. “Death of techno” reflects the time, when the commercialization of the original techno ideal has led to a fun-loving event society. Consumerism brought corruption to the celebrated hedonistic philosophy and finally caused the scene’s loss of cultural integrity. Techno cultures’ vision of being a worldwide societal guiding culture could not take place. The potential of technological advancement to make such an utopia reality remained unused and for the disappointed kids of Aquarius there was nothing left but drugs.

Learn more about the art project: